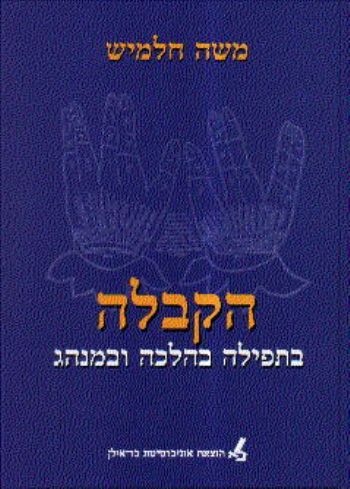 The book deals with the influence of the Kabbalah on the Halakhah, liturgy and ritual customs, and the reaction of the rabbinic authorities to this phenomenon. The book also investigates the extent to which the kabbalistic instructions were accepted by the public.

This book illuminates one of the most important works in the Kabbalah of the Middle Ages, "Tiqqunei ha-Zohar".

Semi-Annual edited by the Department of Philosophy, the Jewish Philosophy Unit.

Read more
The Kabbalah in the Works of S.Y. Agnon

This book demonstrates the central role that the Kabbalah plays in Agnon's literary works from a few different aspects.

Read more
Daat 64-66- Maimonides and Mysticism
A Journal of Jewish Philosophy and Kabbalah - Presented to Moshe Halalmish
Read more
Changes in the Heritage of Yemenite Jewry
Under the Influence of Shulhan Arukh and the Kabbalah of R. Yitshaq Luria

The Land of Israel in the 16th century had a distinct influence on the Jewish Diaspora due to the Spanish exiles who settled in Safed. Their teachings became the universal Jewish heritage in many fields, by virtue of their learnedness as well as the f